UPDATE: The following blog originally appeared on August 23, 2016.
For the most recent developments since that time, see the January 2017 update at the end of the article.

Do you currently have employees exempt from overtime pay? On December 1, 2016, this may no longer be the case for a number of your employees.

In May of this year, the United States Department of Labor (DOL) published its long anticipated new federal overtime rule that is used to determine which white collar employees are exempt from overtime pay under the Fair Labor Standards Act (FLSA). According to the DOL, 4.2 million people will be eligible for overtime pay under the new rule. Of those, nearly 79,000 are Minnesotans.

As an employer, why should you care? Because under the new rule, the minimum salary for executive, administrative, and professional employees to be exempt from overtime pay will more than double. Furthermore, this change will not only effect how you plan logistics, but also how you handle the practical and organizational changes that will take place within your workforce.

What is the FLSA?

Under the FLSA, certain executive, administrative, and professional employees are exempt from overtime pay requirements. This means that even if such individuals work more than 40 hours per week, they are not legally entitled to overtime pay under federal law.

To be exempt, an employee generally must satisfy three requirements:

What is Changing and Why?

The DOL’s new rule makes significant changes to the salary level test. It does not change the other two tests, which remain in full force and effect. Thus, for an executive, administrative, or professional employee to be exempt, he/she must be paid a salary at or above the standard salary level and must satisfy the duties test. Under the new rule, beginning on December 1, 2016, executive, administrative, and professional employees must be paid a salary of at least $913 per week ($47,476 per year) to be exempt. That is slightly more than double the current level of $455 per week ($23,660 per year), which was established in 2004. Since then, the salary level has remained unchanged even though, in 2016, $23,660 is less than the federal poverty level for a family of four. The new rule provides that, in the future, the salary level will increase every three years, beginning January 1, 2020.

Can Nondiscretionary Bonuses and Incentive Payments Satisfy a Portion of the Salary?

In short, yes. While the salary threshold is increasing substantially, for the first time employers will be allowed to apply nondiscretionary bonuses and other incentive payments (such as commission payments) toward a portion of the minimum salary threshold.

The execution, however, may prove tricky, as there are a number of strict requirements that could easily be overlooked, resulting in employers losing the ability to use such payments to satisfy a portion of the salary requirement. Specifically:

How Does This Affect Highly Compensated Employees?

Currently, employees who are paid at least the standard salary amount and receive total annual compensation of at least $100,000 may be exempt from overtime pay requirements if they satisfy a minimal duties test. Under the new rule, the total annual compensation requirement for such highly compensated employees will increase to $134,004 per year, which amount will be adjusted every three years starting on January 1, 2020.

How Should Employers Respond to the New Rule?

From a pure compliance standpoint, employers have two options with regard to exempt workers currently receiving a salary between $455 per week (current level) and $913 per week (level as of December 1, 2016):

From a practical standpoint, both options provide employers with unique challenges. As an employer, now is the time to prepare. The following are some questions you should begin considering, with your particular workforce in mind:

The new federal overtime rule takes effect on December 1, 2016. That gives employers time to plan for necessary changes, but most importantly, review the status of employees who currently are classified as exempt and determine whether they will be exempt under the new rule. If not, now is the time to decide what changes to make and how to communicate those changes with employees. In doing so, remember to be aware of and review any applicable state and local laws to ensure compliance. If you have questions or need more information, you are welcome to contact the author.

LEGAL UPDATE (1/4/2017): On November 22, 2016, a federal judge in Texas issued a nationwide preliminary injunction that blocked implementation of the new rule. As a result, the new overtime rule did not take effect as scheduled.

All of this is taking place with the new presidential administration ready to take office on January 20, 2017. Once that happens, it is possible the new administration decides to drop the appeal.

Where this process ends remains uncertain at this time. To keep apprised of further developments, Leonard Segal will post regular updates to his original blog on this topic at http://bit.ly/2fsirMT. 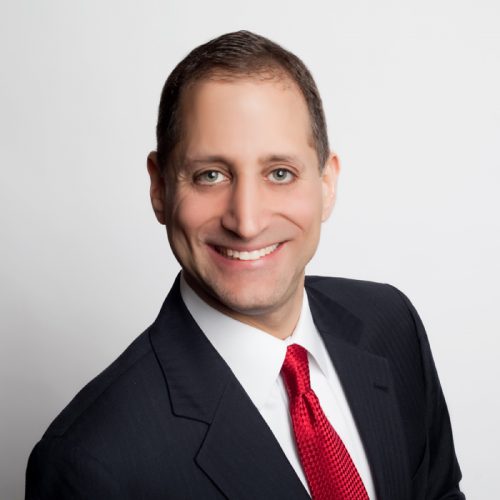 Leonard Segal represents and advises for-profit and non-profit businesses in employment and labor law matters. In addition, Lenny provides training for companies and their employees, investigates allegations of employee misconduct, and represents clients in litigation matters in state and federal court and before various governmental agencies. Lenny is a Labor & Employment Law Specialist, certified by the Minnesota State Bar Association. In 2016, Lenny was recognized by his peers as a “Super Lawyer,” an honor he has received several times in the past. Lenny received his JD degree in 1993 from the UCLA School of Law and his BSB degree in 1990 from the University of Minnesota’s Carlson School of Management.